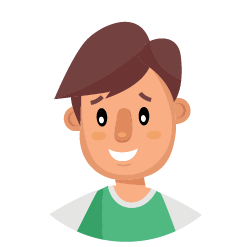 Try to imagine your home without a roof. It's impossible, right? If it did not have a roof, your home would not be your home. Now, take a moment to think about the people who put that roof on your home. They were roofers, and their job was probably not easy. Not only does roofing involve a lot of physical labor, but it also requires a lot of math and technical expertise. Some roofers are better at the math part, and others are better at physically installing the roof. On this blog, we hope to cast them all in a positive light as we share information about roofing.

Ice dams trap melted snow behind them, and the standing water will cause your asphalt shingles to break down. Removing the ice dams on your roof with a hammer or chisel will cause further damage to your roof since the ice is stuck to the shingles. The best solution to stop your roof from being damaged by the trapped water is to prevent ice dams from ever forming on your roof.

One method of preventing ice dams from forming is to improve the ventilation in your attic and insulate its ceiling. This will stop your attic from heating up as much, and the improved insulation will help stop the snow on your roof from melting and creating ice dams. Unfortunately, this can be an expensive undertaking. A quicker and less expensive method to prevent ice dam formation is to have an ice belt installed on your roof. To learn more about ice belts and how they can stop your roof from being damaged by ice dams, read on.

What Is an Ice Belt?

How Does an Ice Belt Stop Your Roof From Being Damaged by Ice Dams?

Metal panels help prevent ice dams from forming because they can shed melted snow quickly. Asphalt shingles have a textured surface made of asphalt granules, so melted snow flows over them very slowly. This gives the melted snow more time to freeze and turn into ice, forming an ice dam. When your roof edge is covered in metal panels, the melted snow falls off of your roof before it has the chance to freeze.

An ice belt is an inexpensive way to help prevent your roof from being damaged by ice dams, and installing an ice belt is much quicker than undertaking an entire attic renovation process to improve its ventilation and ceiling insulation. If ice dams are forming on your roof and you're looking for a quick way to stop them from causing damage to your shingles, call a roofing contractor in your area and ask about having an ice belt installed to protect your roof.